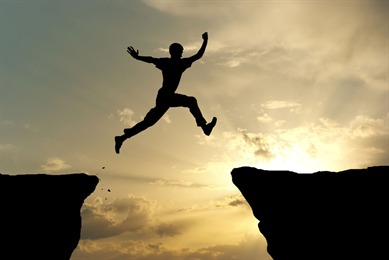 Getting It Right: Feeling Your Failure

Where have you set your expectations when it comes to personal achievement? Do you learn more from avoiding failure the first time or by failing first before you succeed?

Let’s be honest: you don’t always have the luxury of choice. Sometimes you have to take the bad that often precedes the good. So own it, embrace it- heck, dance with that s**t for crying out loud!

This is one of most important lessons we’ve learned as a company, team and individuals.

“Feel your fail first, then learn your lesson.” – Us

It’s one thing to preach about how much you learn — and you do — when you fail, but it’s another to feel your failure.

Many people agree some of the most valuable lessons are learned when failure is realized but often try to brush off the emotions of the shame, disappointment and defeat that embodies it. You’ll see people trying to be happy in the short while after not succeeding because “#lessonlearned”, etc. That’s great, but it’s not human.

Inevitability of the effects of failure is…inevitable.

Guess what? It happens.

You don’t need to try to be happy about the occasional pitfall in the sense you learned what doesn’t work. That’s all obvious. It’s ok to feel like crap for a little bit. Ignoring the feelings of failure will only haunt you the next time you try which, chances are, will make it more replicable. Make your failures work for you.

Admit your missed objective, binge two pints of that freezer-burned Breyers you knew was a bad idea, put down the laptop, turn up the TV and cry. You’ll feel better when you flush it out. When you get up the next day, try again. Moreover, make a habit of this mindset when things don’t go as planned. You’re a human being, and if anyone challenges the validity of your missed achievements, chances are they’re much more afraid of missing theirs than you are.

Bottom line: Appropriately grieving your failure will downsize your fear of it reoccurring which, in turn, will make it more of a rarity with the confidence you’ll grow from overcoming its affect on you. See what we did there?